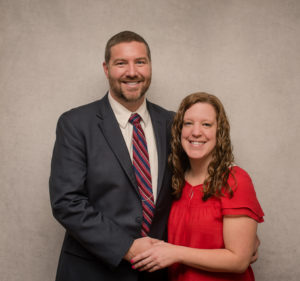 Rob and Deb Labadie came to BBC in September 2009. They immediately started helping out any way they could. Deb volunteered to serve in the nursery and Rob was always finding things to do that needed to be done. From setting up tables and chairs to cleaning the church he was always working.

To this day brother Rob hasn’t changed. He has been a crucial part of this ministry for over ten years now. Not only does he faithfully and carefully fulfill the role of church treasurer but he also takes care of any and all menial tasks he can find. From making sure I always have water in the pulpit to leading the congregational music and overseeing the special music, teaching in Junior Church and anything and everything else that he can find to do, he is always busy ‘serving tables’. Brother Rob is an amazing example of what it means to be a servant and truly exemplifies the Biblical role of a deacon. He has been a huge blessing and loyal friend to me in this ministry. I am grateful to God that He has brought the Labadies to this church and entrusted brother Rob with the office of a deacon.

1 Timothy 3:13 For they that have used the office of a deacon well purchase to themselves a good degree, and great boldness in the faith which is in Christ Jesus. 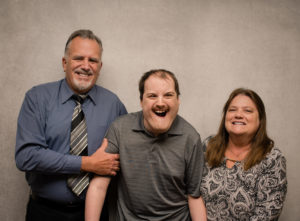 Dave and Ramona Drozdowski came to BBC in October of 2008, ten months after starting. Dave and Ramona almost immediately jumped into the young work with both feet. They found any area they could to help and be a blessing. From setting up tables and chairs in the storefront to running vacuums and cleaning toilets, no job was to small for them. They both showed a great love for the Lord and a willingness to sacrifice and be a part in order to see the ministry move forward.

Not long after being in the church Dave told me that the Lord had called him to be a help to  me in the ministry and to serve in any way possible. He has obeyed that call. His past experience as a foreman in a large construction company has been used of God in helping this pastor and church as we have grown. From redoing the gravel parking lot, to remodeling the church building, to  any and all repairs and maintenance brother Dave has faithfully served the Lord in taking care of the building and grounds over the years.

I am so thankful that God brought brother Dave to BBC. He has been a great example of what a Deacon is and should be.

Brother Dave is known by all as “Doorman Dave.” He will the first person you meet upon arriving at BBC. In any and all weather he is on the front porch welcoming visitors and holding the door open for them as they enter. This began after he read Psalms 84:10 a few years ago.

Psalms 84:10 For a day in thy courts is better than a thousand. I had rather be a doorkeeper in the house of my God, than to dwell in the tents of wickedness. 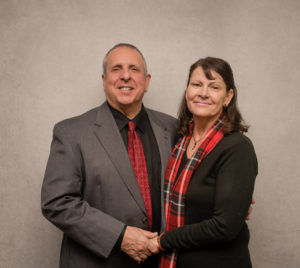 Doug and Sheila Bima joined us while we were still in the storefront. Brother Doug was highly involved in a Southern Baptist Church and even served as a deacon there before coming to BBC. God directed him to us after he had come to a conviction on the KJV through listening to radio broadcasts by Dr. Peter Ruckman. It was a great blessing to me that he showed the humility of being able to step down from a position of influence in a much larger and more established church and join a young pastor in a store front church. Brother Doug has maintained that same humble heart throughout the years. He faithfully oversees the nursing home ministry and continues to help out in the jail ministry. Throughout the years he has served in various roles around the church and has never sought the spotlight. He is a faithful man and continues to be an encouragement to this ministry and pastor. Proverbs 20:6 Most men will proclaim every one his own goodness: but a faithful man who can find?Proverbs 28:20 A faithful man shall abound with blessings. 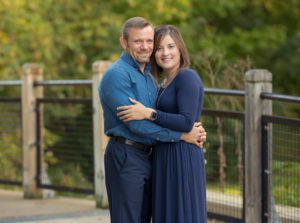 Salvation: Growing up in Livonia, MI I had the privilege of attending Galilean Baptist Church from birth until I was 11 years old. There at Galilean, during a King James Bible Conference in October of 1982, I heard Dr. Peter Ruckman giving one of his chalk talks. The picture that was drawn that evening showed souls being cast into the Lake of Fire and brought great fear into my five year old heart. I can vividly remember going home that evening and not being able to sleep because of a great fear of dying and going to a Devil’s hell. That night before going to sleep my father, Mike Ragan Sr., led me to Christ.

Surrender to ministry: At 21 years of age, after much internal struggle, I surrendered my life to God, specifically, His call on my life to preach. It was after surrendering that I headed off to Bible college in January 2000 where I eventually met my wife Grace.

Ministerial education: After a couple years in Bible College I was very discouraged with the lack of deep and detailed Bible teaching and became very hungry to learn my Bible. The Greek classes failed to give ‘nuggets’ as was promised. The longer I sat in Greek class the more I began to realize that the King James Bible was a masterpiece of the work of God! Learning Greek had failed to expose any errors or omissions in the King James Bible. Furthermore, it didn’t even manage to better explain or bring light to the KJV! The King James Bible stood the test in my heart and mind and I wanted to learn it more than ever! After much prayer and open minded searching for the truth, my faith in the King James Bible had grown tremendously.

Through the leadership of the Lord I decided to leave the large bible college in December of 2001 and go to a small church in North Carolina to sit under a local church pastor, Dr. James Lince. It was in that church and under the influence of Pastor Lince that I truly began to learn some Bible and it started to burn in my heart! I enrolled in Brother Lince’s bible institute, Blue Ridge Bible Institute, and found what I was looking for, excellent, detailed Bible teaching! The instructors all believed, loved and knew the word of God and what they had in their hearts was contagious! I received a Bachelor of Divinity degree from Dr. Lince and the Blue Ridge Bible Institute in 2005.

Preparation for pastorate: My real ministry education came through a series of failures, mistakes and missteps all motivated by my zeal and frustrated ambition to do a work for God. I had accepted a call to the pastorate that I was advised by the older preacher not to take. He was right! It was after this that I decided to settle into a Bible believing church and just be faithful and wait on the Lord to put me in the ministry. Grace and I spent three very valuable years at Hope Baptist Church under Pastor Rick Sowell in Toledo Ohio and we thank God for every moment of it. Pastor Sowell’s advice was greatly used of God in determining the direction I took in ministry resulting in the planting of BBC in January 2008.

Through His Blood,
Pastor Mike Ragan